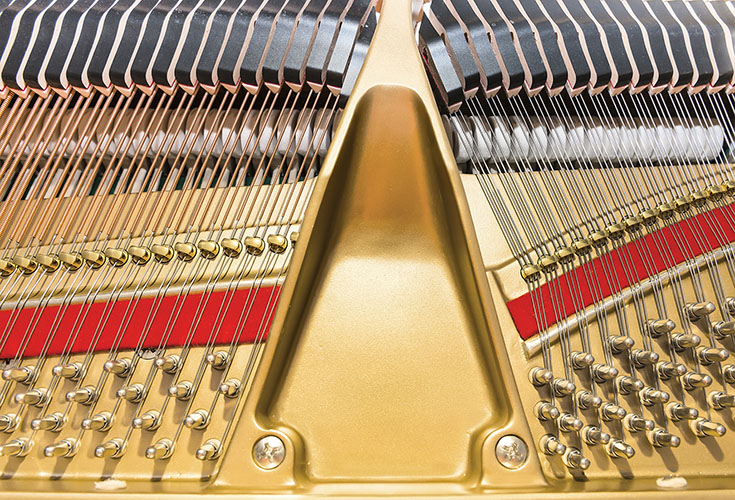 David Cremer has been tuning and repairing pianos for over forty years, having served an apprenticeship with Steinway & Sons in London. Here he studied the fine art of tuning under the guidance of Bob Glazebrook, personal piano technician to leading concert pianists of the time such as Vladamir Ashkanazy, Sviatoslav Richter and Daniel Barenboim.

When David showed potential as a tuner, he was sent out to tune at concert halls such as Royal Festival Hall, Royal Albert Hall, Wigmore hall and the Barbican Arts Centre, plus the BBC, Abbey Road Studios and Olympic Studios in Barnes.

He was also privileged to tune for rock concerts by Elton John, Emerson, Lake and Palmer and Yes, and tune at the homes of Vladamir Ashkanazy, Sir Andrew Lloyd Webber and the singer/songwriter Cat Stevens.

David subsequently worked for Blüthner Pianos in London, regularly tuning pianos at the Trinity College of Music. In 1982, David went freelance, but continued to tune the Trinity Pianos as a subcontractor.

In 1990 he relocated to Sydney where he set up his own business, working for private schools such as Ravenswood, Shore and Abbotsleigh, Sydney University and Macquarie University, as well as tuning for classical pianists such as Roger Woodward and Simon Tedeschi and rock keyboard players such as INXS’s Andrew Farris, Midnight Oil’s Jim Moginie and Cold Chisel’s Don Walker. He has rebuilt two grand pianos for Ravenswood School, plus many others for private customers.